More than a decade of successful expansion

Azelis does much more than move goods. We move markets forward. Breaking new ground in our technical laboratories by combining ingredients with ideas and creating opportunities through innovation.

In the first half of 2020, Azelis acquired 100% of the distribution and Indent business of S. Zhaveri Pharmakem Pvt. Ltd. (“S. Zhaveri”), an Indian specialty distributor for the pharmaceutical industry. Founded in 1951 and headquartered in Mumbai, the company has a very good reputation in the pharmaceutical sector in India, serving reputable international and domestic principals.

In the first half of 2020, Azelis closed the acquisition of 100% of the outstanding shares of Megafarma, a premier Mexican specialty distributor for pharma, food and veterinary industries. The integration of Megafarma will provide Azelis access to a promising market and creates a strong platform for growth in the global specialty chemicals and food ingredients distribution business.

In January 2020, Azelis completed the acquisition of Orkila. This enlarged Azelis’ footprint in Africa significantly across many market segments.

Azelis signed an agreement with Ak-tas Dis Ticaret to acquire 100% shares of Ekin Kimya, the leading Turkish specialty chemicals distributor for pharma chemicals, food ingredients and lab chemicals. Headquartered in Istanbul, the company represents a large number of renowned world-class specialty pharmaceutical, food ingredients and lab chemicals manufacturers who have a strong strategic fit with Azelis’ principal and customer base.

"Innovation through formulation" is not just our new strapline. It’s our purpose, passion and promise to every colleague, customer and partner around the world. It’s a reminder that ideas and expertise can change lives. That a world of discoveries still awaits. And that with open and collaborative minds, the future is ours to imagine. 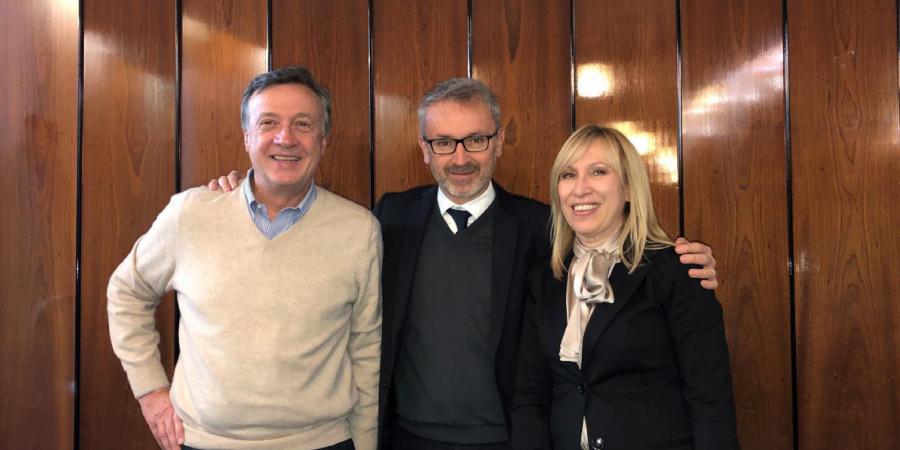 Azelis finalised the acquisition of Deafarma, Italy to strengthen activities in the EMEA pharmaceutical market. 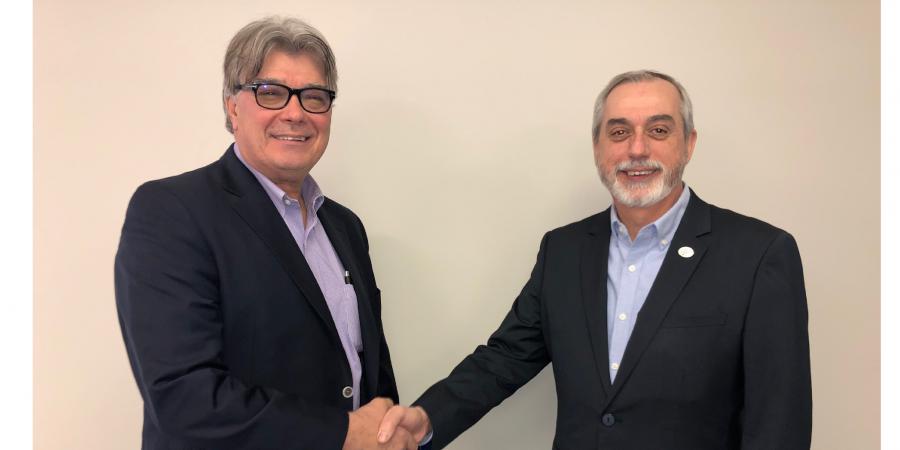 In March, Azelis acquired Chemroy from Canada to build its position across many market segments in the Americas. 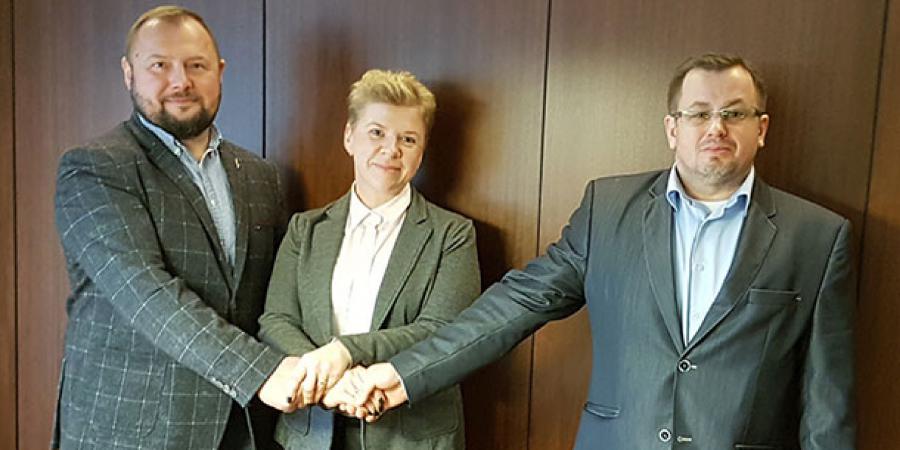 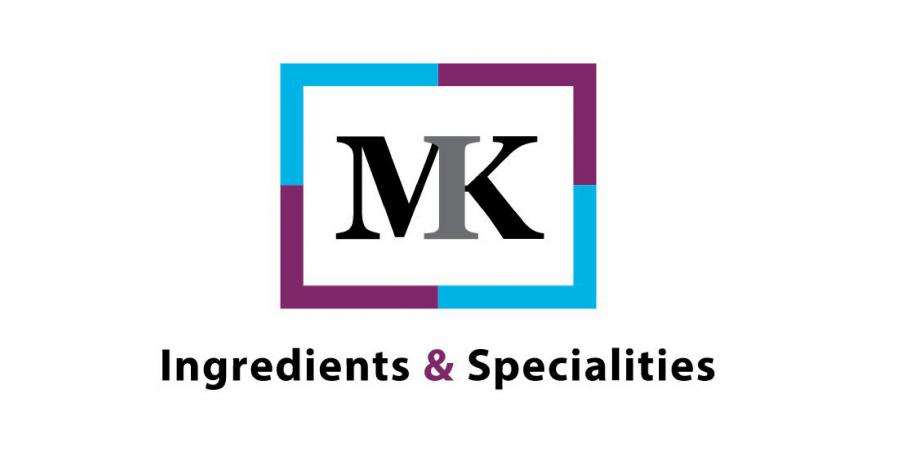 Azelis added MK Ingredients to the group to grow the Food & Health business in India.

Azelis also strengthened its technical capabilities in the Specialty Agri/Horti segment significantly by opening two labs, one in Italy and one in China. 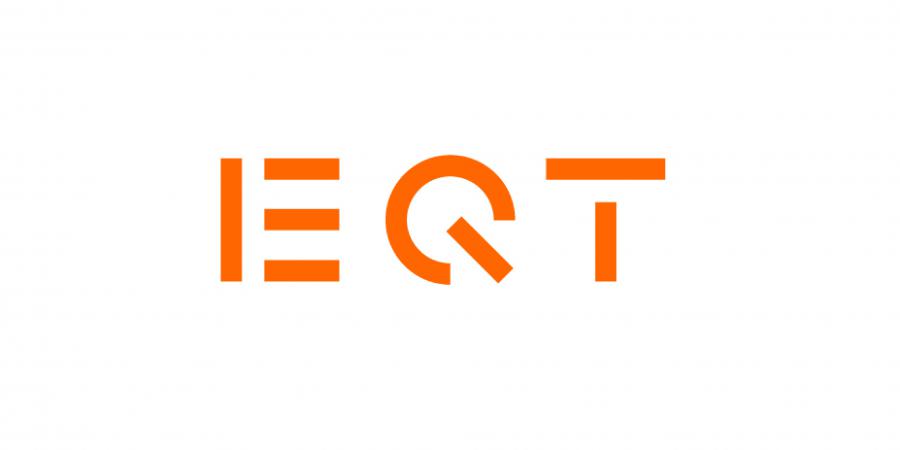 Apax Partners, the global private equity advisory firm, has received a binding offer and has entered into exclusive discussions to sell Azelis to the EQT VIII fund and PSP Investments. 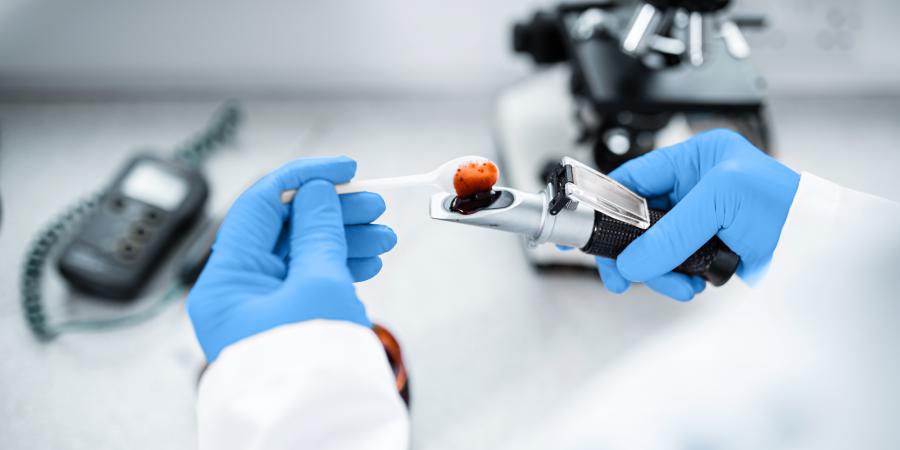 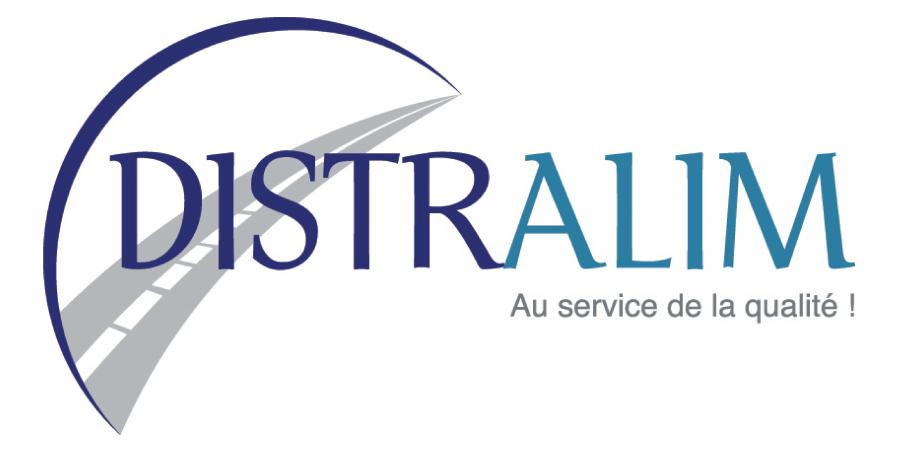 Azelis strengthens its position in the Moroccan food market with the acquisition of Distralim, making Azelis one of the leading food distributors in Morocco. 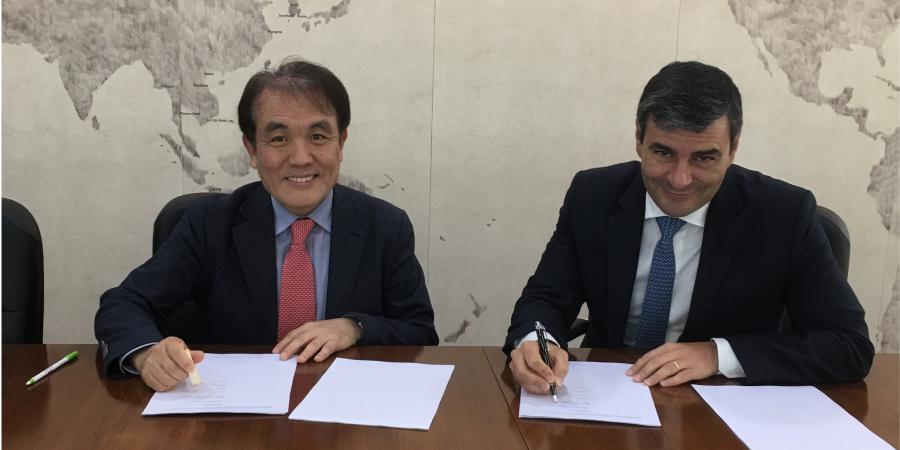 Azelis expands geographically into South Korea with the acquisition of SammiChem Co, leader in the personal care market. With this acquisition, Azelis establishes presence in South Korea and is now active in 12 countries across Asia Pacific region. 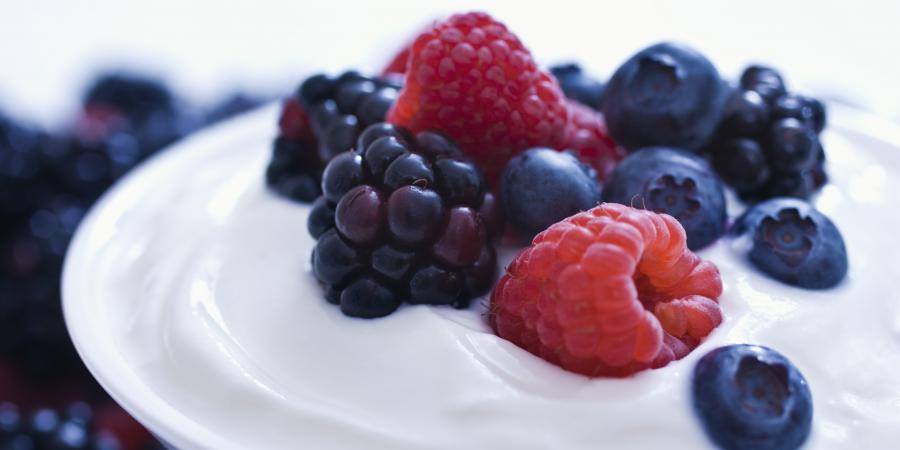 Azelis continues to build its position in the Nordic food market by acquiring Ingredi AB, a Swedish distributor of raw materials and ingredients for the food and health industry.

Azelis extends its presence in Ireland through the acquisition of P-K Chemicals Limited, an Irish distributor of food ingredients and chemicals, establishing a strong physical footprint in Ireland. 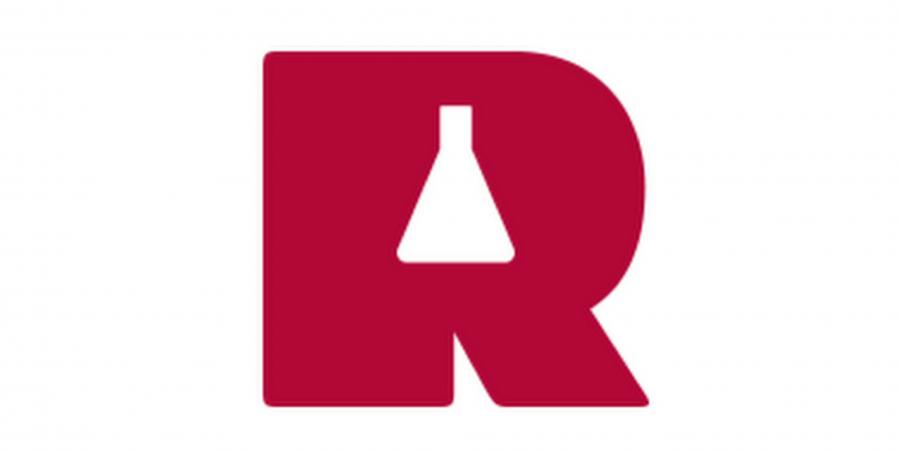 In January, Azelis expands in the US Personal Care market with the acquisition of Ross Organic. With this move, Azelis Americas increases their resources and commitment to these speciality growth markets in the Western US. 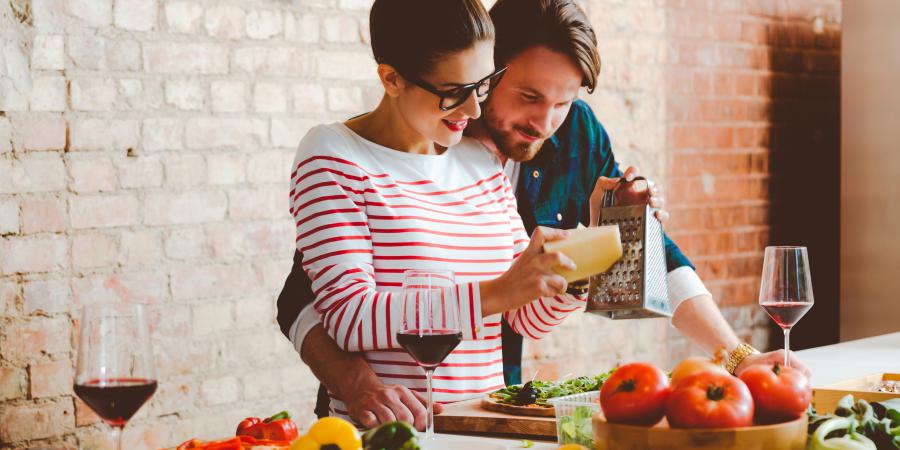 Azelis establishes a leading position in the Nordic food distribution market in July, with the acquisition of LCH A/S, a leading Danish distributor of food ingredients and own blends. 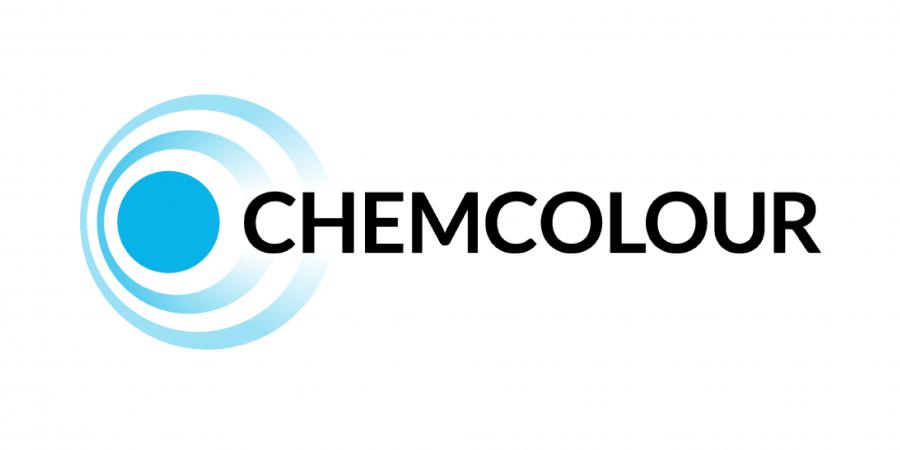 In July, Azelis gains a leading position in Australia and New Zealand with the acquisition of Chemcolour, leading provider of speciality chemicals and food ingredients. 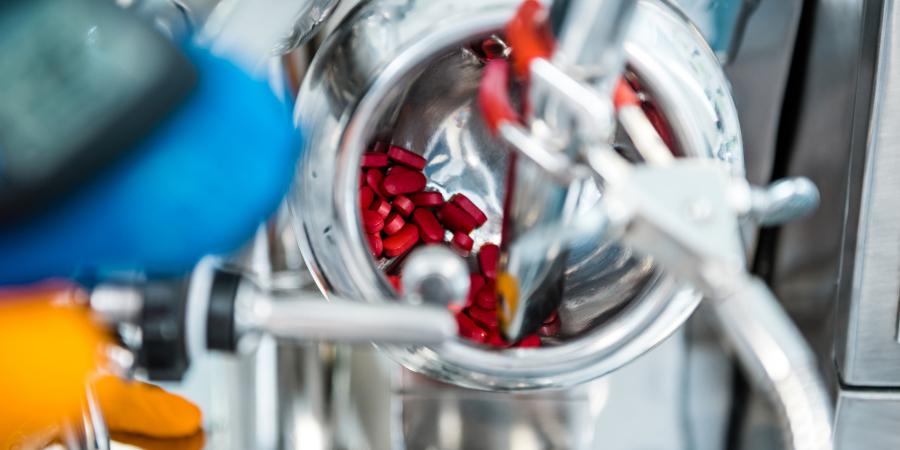 September sees Azelis strengthening its presence in the Swiss market with the acquisition of Georges Walther AG. 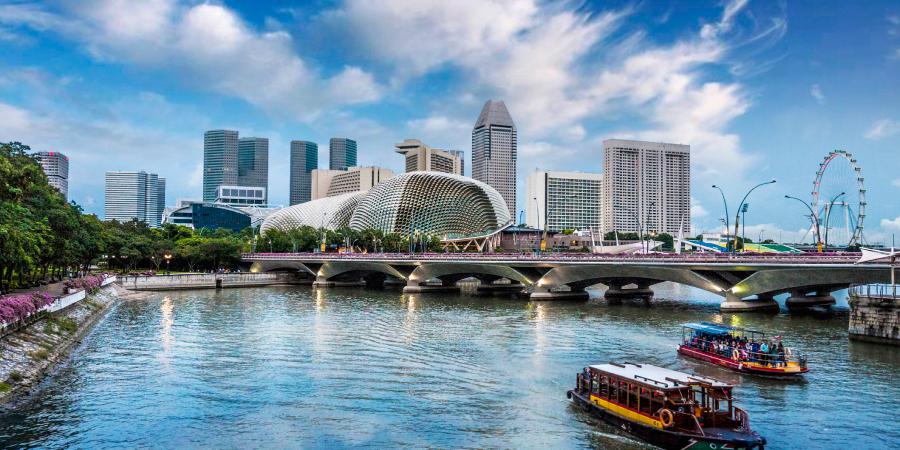 In 2016, Azelis reached a significant milestone by opening a regional HQ in APAC. Since the opening of the office in Singapore, Azelis has grown its business in APAC significantly. 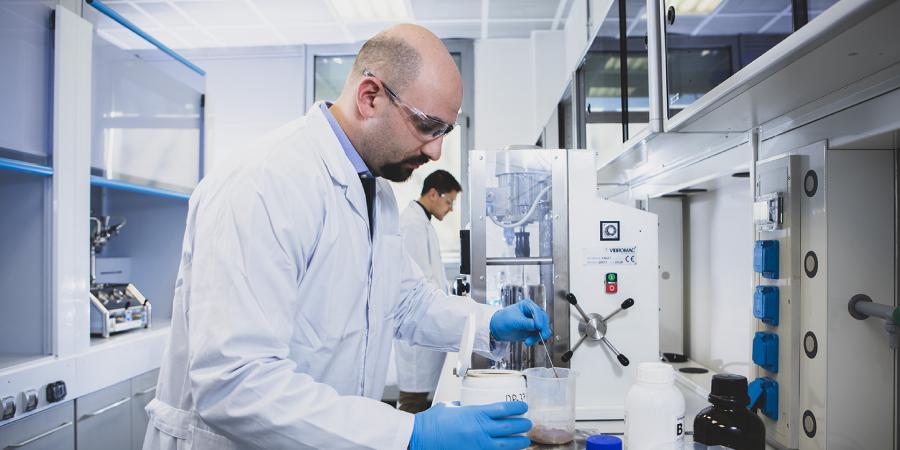 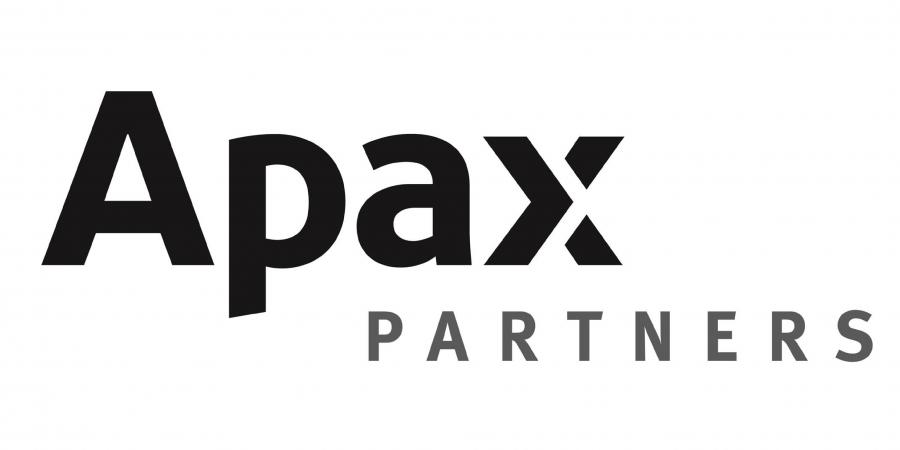 Azelis acquires Koda Distribution Group to form Azelis Americas. Koda Distribution Group operates in the speciality chemicals distribution market across the USA and Canada. This is a very significant acquisition for Azelis, expanding the footprint across North America and at the same time opening up more opportunities across for customers and principals worldwide. 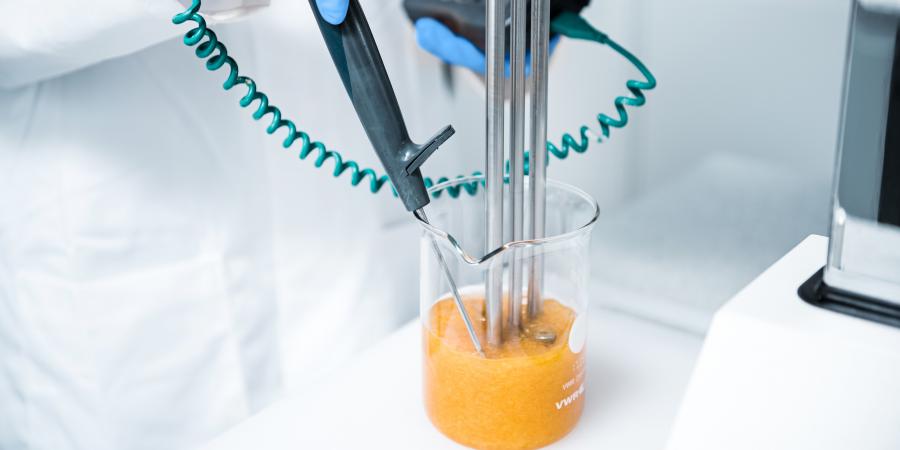 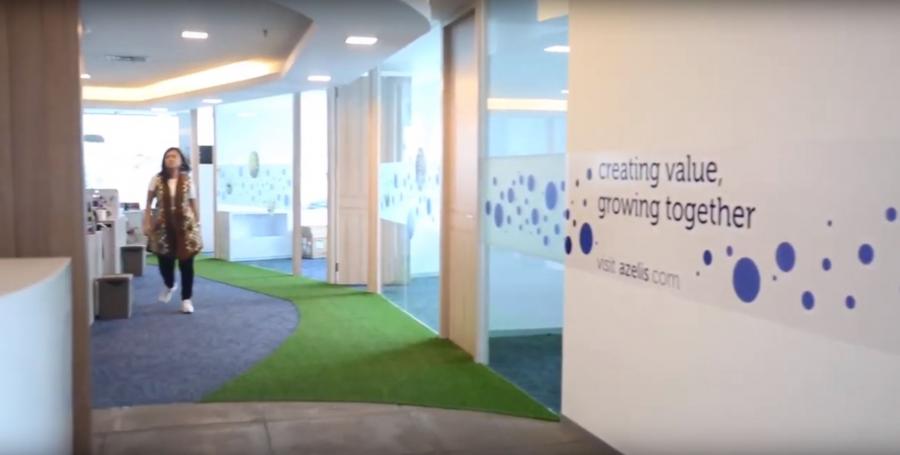 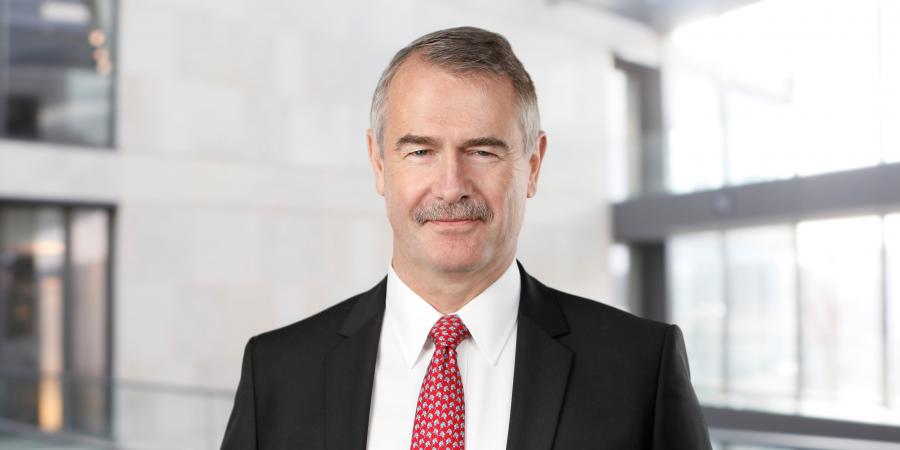 All of the original companies and brands are fully amalgamated into one company – Azelis – serving speciality industrial sectors throughout Europe. 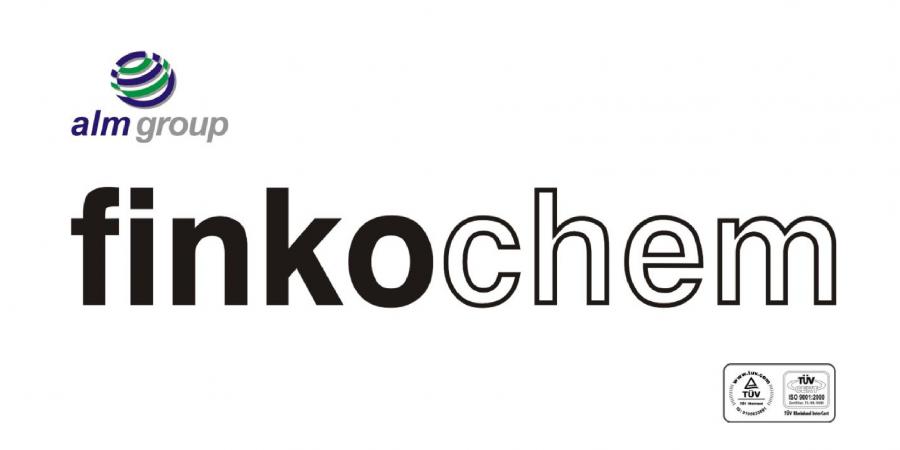 Finkochem d.o.o based in Serbia is acquired by Azelis to enhance the company's offering not only in Serbia but also in the adjacent countries.  This well-known company in the Serbian market services more than 300 customers from their warehouse located near Belgrade. Finkochem d.o.o. is renamed Azelis Serbia in 2011.

Azelis acquires the S&D Group Limited, a leading specialist supplier of raw materials and ingredients to the Pharma, Food, Personal Care and Performance Chemicals industries. This acquisition is strategically important as it significantly strengthens the Azelis Life Sciences business (Pharma, Food & Health and Personal Care), both in terms of portfolio coverage as well as geographic spread. 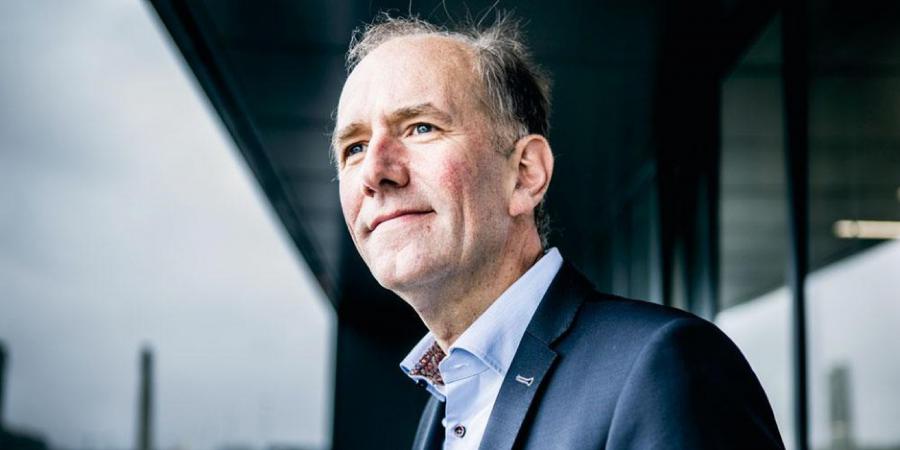 Joris Coppye, previously operations director at Azelis, is appointed CEO in July 2009. The establishment of a strong centralised management team based in Antwerp begins, with a mix of external and internal appointments in September 2009. A number of key functions, such as a universal human resources system, are instigated.

S Black is acquired by Azelis, bringing new strengths in Personal Care, Food & Health, Pharma and Homecare products. Application laboratories providing formulations, the acquisition of Universe Ingredients and the creation of development kitchens all added to the expertise on offer. 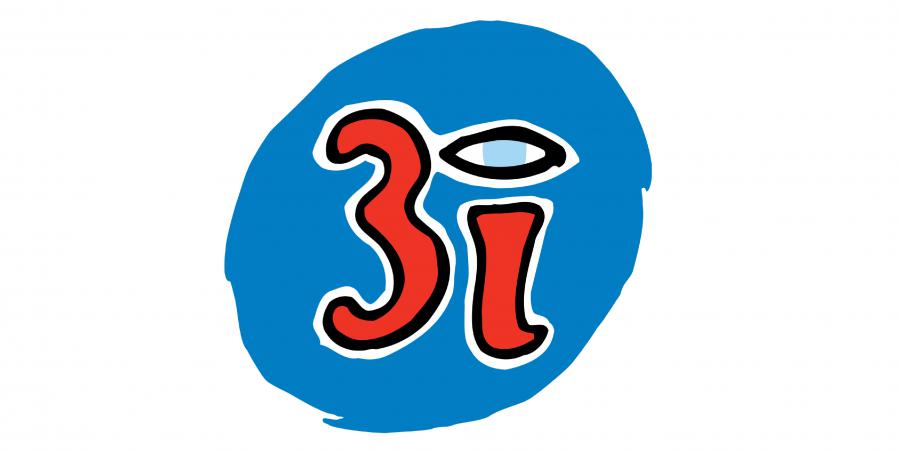 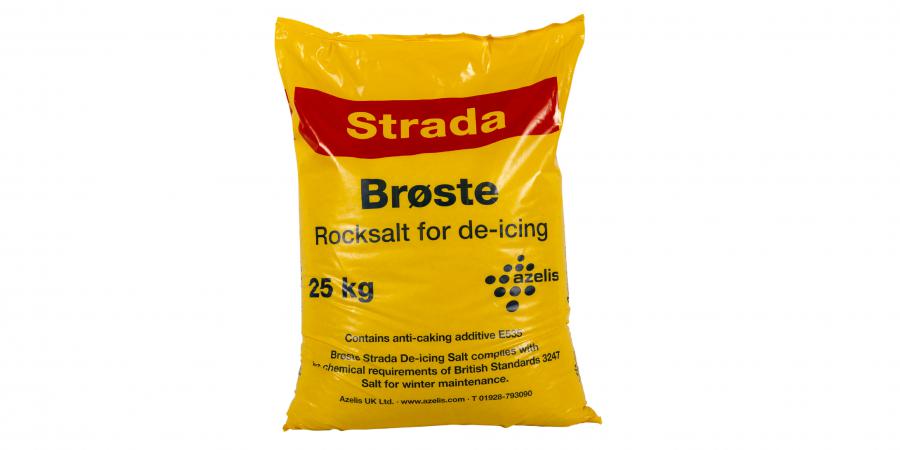 Azelis acquires Nordic distributor Broste. Broste was founded by Peter Broste in Copenhagen in 1915, Broste stayed with the family through four generations until it was sold to Azelis in 2005. Over the decades the company expanded its operations from Denmark to include Norway, Iceland, UK, Sweden, Poland, Finland, Latvia and China, bringing a comprehensive coverage of the Nordic region for all of Azelis main market areas. 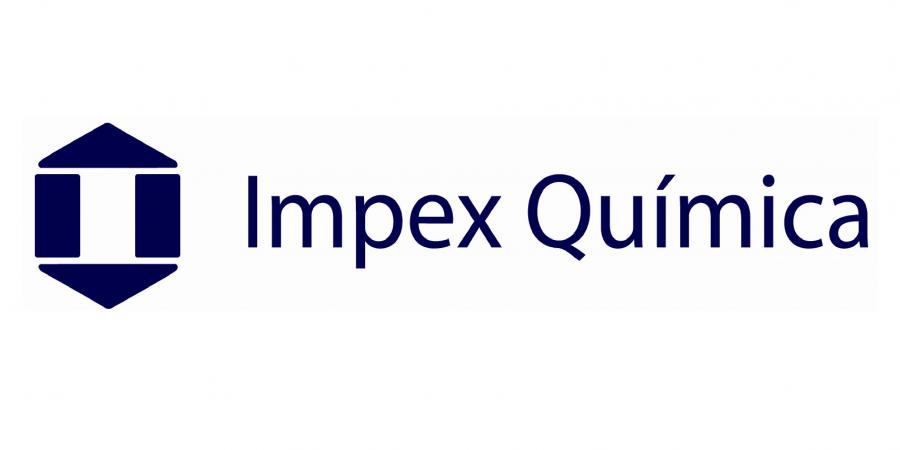 Azelis acquires Impex Química, a renowned Iberian distributor with a focus on pharmaceuticals and veterinary industries. Impex Química is a distribution company for a wide range of chemical products across Spain and Portugal. The company extended the commercialization of raw materials for the pharmaceutical and veterinary industries to other areas such as Latin America and the Middle East.

Azelis gains a presence in the important Benelux markets in 2004 through the acquisition of two separate companies: the former Sibeco Group and Sepulchre. 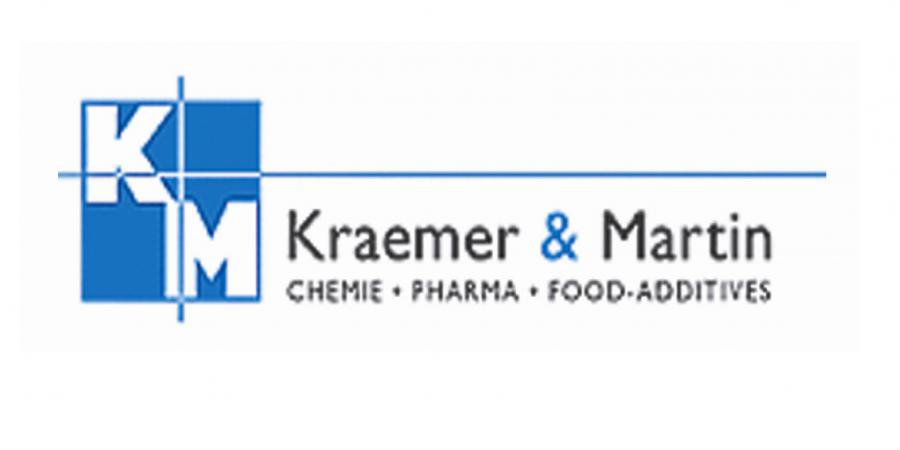 Azelis acquires the Kraemer & Martin Group, bringing established distribution businesses in Germany, Switzerland and Austria into the group. Kraemer & Martin was a chemical trading company. The organization grew by acquisition and organic development over subsequent years, taking over Bonn-based chemical trader L. Hasenmüller in 1974, acquiring the chemical wholesalers Chemikaliengroßhandlung Eva Dilg in Krefeld and Vilsmeier in 1979. 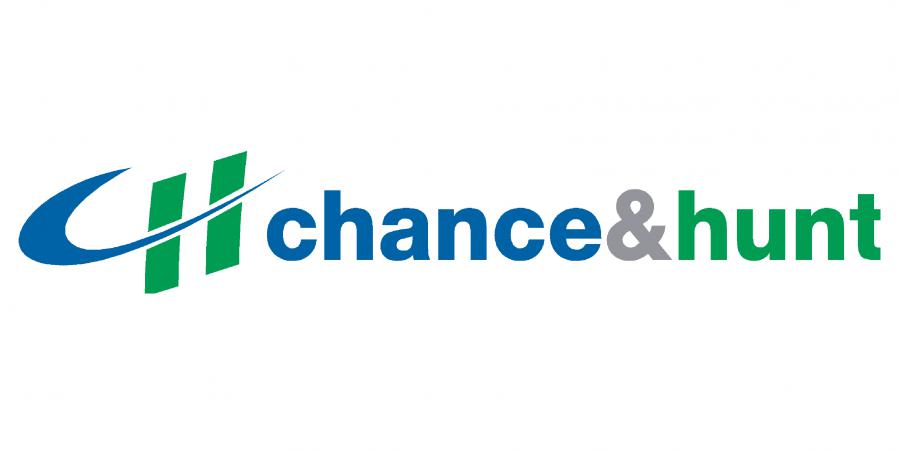 Azelis is created through the merger of Novorchem in Italy and Arnaud in France. Arnaud was founded in France in 1908 by Augustin Arnaud to supply French industrialists with raw materials. It was Augustin’s son Pierre who added the technical emphasis to form the world’s first speciality distributor as early as 1951.

The groundwork for what we know as Azelis is laid by Dr. Hans Udo Wenzel in 1996 when he acquired the Italian distribution company Organa. In the following years, Dr. Wenzel pursues his dream of creating a large, international distribution network by acquiring Chemplast in 1998 and Novaria Chemicals and Gullio Gross in 1999.