The major speciality chemical supplier has added the US to its worldwide presence. Further opportunities to expand, particularly in South America, continue to be pursued. Elaine Burridge reports.

The acquisition by Azelis of the US-based Koda Distribution Group (KDG) has given the Luxembourg-headquartered company not only a first presence in the Americas but also created a leading global speciality chemical supplier with annual sales of around €1.5 billion. The deal was concluded in December 2015 and KDG has since been rebranded as Azelis Americas, with Frank Bergonzi continuing to lead the business as president and CEO.

Explaining the history behind the merger, Bergonzi says that Azelis was looking to expand into the US and wished to do one key acquisition rather than many small ones. So, when KDG’s private equity owner Audax Group initiated a sales process in 2015, Azelis was one out of more than ten potential suitors.

Azelis stood out, according to Bergonzi, because of the similar cultures and revenue synergies that existed between the firms, as well as a shared business philosophy that is focused on technical service and expertise. Not surprisingly, given that Azelis was not present in the US, there has been no conflict between existing suppliers and customers.

The one minor overlap was in Canada. Here, KDG had a subsidiary, Unipex Solutions Canada, which it acquired in April 2015, while Azelis had a smaller business primarily focused on pharmaceuticals. Unipex operates in the coatings, adhesives, sealants and elastomers (CASE), pharmaceuticals, personal care and industrial markets. The two companies have now been integrated as Azelis Canada with some small cost synergies achieved, Bergonzi says. 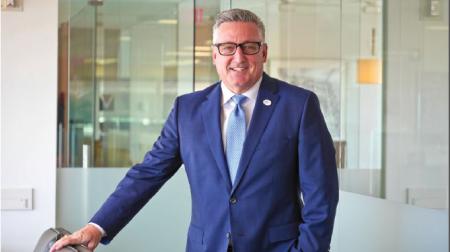 In addition to a Canada-wide distribution network, KDG gave Azelis entry into the US speciality agrochemicals and horticultural market, as well as a stronger focus in CASE and care chemicals. In turn, the Azelis Group has added new product portfolios and related expertise, as well as opening up potential opportunities worldwide.

Azelis stood out among bidders for culture and revenue synergy.
Frank Bergonzi, CEO of Azelis Americas

The company finished its integration in June, just six months after the deal completed. Most of KDG’s employees transferred to Azelis Americas with no change in its management or operational structure.

Bergonzi says that KDG’s business model of market segment orientation and separate regional brands is unchanged. Azelis Americas has about 50 principal suppliers, 36 of which account for more than 85% of its business. “We are focused on specific strategic suppliers by market segment,” he explains. Keeping this focus is a key requisite for succeeding in the specialities business, in his view.

Bergonzi believes that only by concentrating on specific markets can distributors offer the technical and specialist expertise that is required to help customers in their R&D, laboratory and formulation work. In turn, that expertise and knowledge of what their smaller customers are doing, helps suppliers to learn about market trends and upcoming applications. 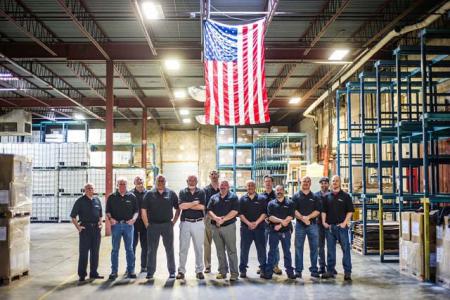 “Suppliers know what their larger customers are doing, but product development and innovation are increasingly carried out at the small customer base,” says Bergonzi, adding that Azelis Americas has roughly 10,000 customers. Suppliers are continuing to scrutinise their customer base and hand over their small customers to distributors as they strive to serve their multi-national buyers more efficiently.

Bergonzi says that this trend has been in place for some time and is set to continue. Further consolidation in the chemical distribution sector will continue too, as the sector remains highly fragmented with many small- to mid-sized and family companies operating in North and South America, and elsewhere in the world.

Indeed, prior to its takeover by Azelis, KDG had played an active role in acquiring companies in recent years. As well as Unipex Solutions, it had purchased Colonial Specialty Chemicals in June 2015, the DeWolf companies and Marcor Development in 2014, and Specialty Professional Products and EW Kaufmann in 2013.

As a global player, Azelis is well positioned for further acquisitions and Bergonzi maintains that the company will continue to play its part in industry consolidation. “There are opportunities for us around the world and we will continually look at acquisitions. Our vision is to be the number one specialty chemical distributor in the world,” he states.

Azelis and rival IMCD are co-leaders in the global speciality chemical distribution sector, with Azelis holding the leading position in the US, and IMCD at pole position in Europe. Both are also present in Asia. 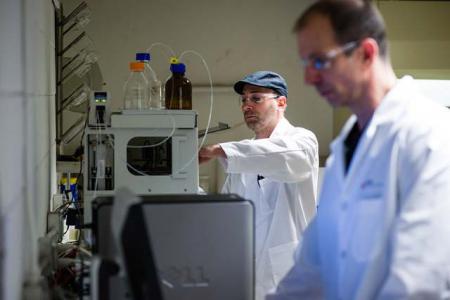 Bergonzi is focusing on organic growth, specifically with regard to North America. The company is always looking to fill in gaps in its product portfolio and intends to leverage its current relationships and new suppliers to do just that, he says.

In relation to geographic growth, Azelis is not particularly looking to expand further in North America, where it operates a total 80 facilities at present. Bergonzi’s eyes are, in fact, turned to South America where the company is keen to strengthen its presence. “We are actively pursuing opportunities and seeking top tier specialty suppliers that complement our strategy and the specialty chemical markets where we operate,” he says.

Bergonzi expects that an IPO will be Azelis’s next exit strategy, though he will not be drawn on a likely timescale. The company is currently owned by private equity firm Apax Partners, which bought it from 3i Group, another private equity company, in February 2015.

Although the company has stated that the IPO was not a primary reason for purchasing KDG, there is no doubt that it has created the required scale to be attractive to investors and was thus an important milestone towards it. Azelis Americas, which had sales estimated at $750 million in 2015, contributes more than 50% of the Azelis group’s revenue.

Bergonzi is optimistic in his outlook for the industry for the rest of 2016. While conceding that market demand is generally not robust, and notwithstanding current political and economic challenges in the US, he is pleased with the company’s performance in 1H 2016 which, he says, is above budget overall on an EBITDA basis.

Bergonzi expects the oil and gas business to rebound further, although it is not a big market for Azelis Americas. The speciality agrochemicals and care chemicals businesses are healthy, he notes, and CASE is improving.